The FCC Repealed Net Neutrality Rules: Here’s Why You Should Care!

“Net Neutrality is the idea that the ISP’s (Internet Service Providers) regulating and providing the Internet must treat all data on the Internet the same without discriminating against certain users, websites, companies or hardware attached to said data.”

Imagine Internet Service Providers such as Verizon and Comcast preventing and slowing access to company websites that are in competition with them, and the competing companies not being able to legally do anything about it. This is exactly what they will be able to do if congress repeals the Net Neutrality rules.

Net Neutrality is the idea that the ISP’s (Internet Service Providers) regulating and providing the Internet must treat all data on the Internet the same without discriminating against certain users, websites, companies or hardware attached to said data. This prevents ISP’s from prioritizing their own services over competing companies and also keeps them from charging inordinate prices for services that would otherwise be cheaper had they not been prioritizing their own services over others. 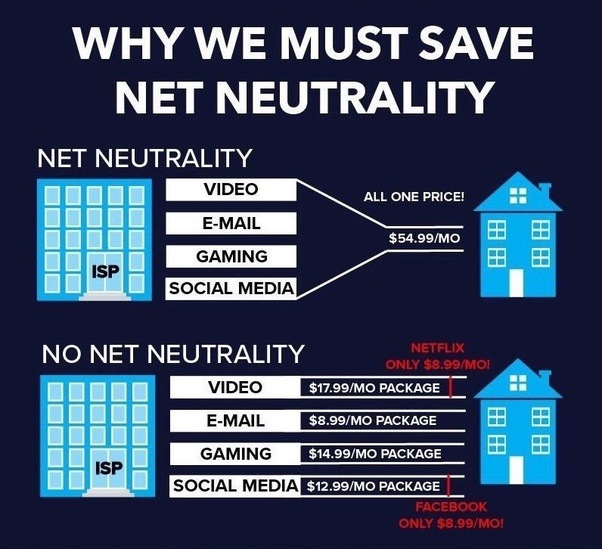 Free access to the internet won’t be the only thing affected by the Net Neutrality repeal.

Small businesses, start-ups and internet companies everywhere (Twitter, Quora, Netflix, etc) will be negatively effected if ISP’s are given extreme amounts of power.

All it would take is for one of the big ISP’s to slow down or block traffic from a rising competitors website and just like that, a company is trapped in a communication stranglehold.

Now this is clearly blatant abuse of power but with Net Neutrality repealed, it is completely legal. Big companies such as Amazon and Google are highly opposed to this new rollback on Internet rules, and others with the platform and audience to speak out to have spoken out against just what is at stake with the planned repeal. 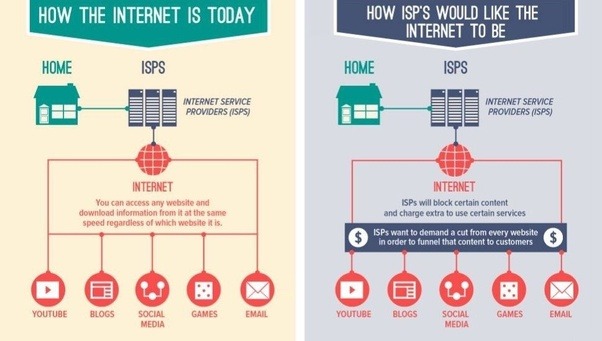 Telecom companies such as Verizon and AT & T would like for your internet to be set up like your local cable company. They want us to pay for access to the Internet in packages, only being able to access the websites within that package unless you shell out the money to purchase the bigger (and of course more expensive) packages. This would prevent massive amounts of people from accessing what could be very important information to their lives.

It would effectively create a knowledge gap between the wealthy and the less fortunate with more and more of today’s activities moving into the digital world. What will the less fortunate do when all forms of education have been moved online, and they can no longer afford to purchase the internet package they need because ISP’s have hiked prices on packages that they know everyone will need?

We may very well be heading into an age of censored Internet similar to that of China, but here in the United States.

Being Polite is the Biggest Trap People Fall Into