Why We Need to Stop Using the Word Mansplain

“The word mansplain generalizes the social phenomenon to include all men – when you use the word mansplain, you stereotype men to all be condescending, pretentious, and sexist.”

You may have heard the word “mansplain” before. Someone might have mansplained something to you.

According to dictionary.com, the definition of mansplaining is:

to comment on or explain something to a woman in a condescending, overconfident, and often inaccurate or oversimplified manner

Mansplaining isn’t just being condescending . Mansplaining operates under the assumption that the mansplainer knows more then the mansplainee (usually done by a man to a woman). Mainsplaining is when Veronika Hubeny, a theoretical physicist and professor at UC Davis, is interrupted by the male host (he then explains her own topic to her at her talk). It’s when Bollywood actor Ranbir Kapoor speaks over colleague Katrina Kaif to explain her own character .

As you can see, mansplaining isn’t just interruption – it’s interruption with the assumption of superiority of knowledge. The term has been coined to succinctly represent the phenomenon, which has proven to occur much more often than thought when it has been given a name.

I didn’t really care about the word “mansplaining” until I saw an article on Buzzfeed about Ranbir Kapoor apparently mansplaining Katrina Kaif’s own character to her in their new movie, Jagga Jasoos. I scrolled down to the comments on a whim.

The comments were shocking. There were sexist comments, of course, but some of what the men said made sense.

Amidst all the name calling, I saw significant and understandable hurt. The word mansplain generalizes the social phenomenon to include all men – when you use the word mansplain, you stereotype men to all be condescending, pretentious, and sexist.

I thought back to a few weeks ago, when my friends and I were joking with our male friend about mansplaining. He was hurt, even though he knew he hadn’t done anything wrong.

I felt stereotyped because the word had ‘man’ in it, so it seemed like it was targeted towards all men.

He explained. “It made me want to defend myself.”

Imagine the scenario of the female physicist and male host being reversed. Imagine seeing “Audience can’t handle physicist being womansplained at his own talk.” splashed over the headlines the next day.

Right away, you have a gut instinct to defend yourself. You’re automatically grouped with the pretentious woman, even though you aren’t like her.

“Womansplaining” carries connotations that affect all women, even though it’s targeted at one woman in particular. If you try to defend yourself, however, you’re accused of womansplaining or being sexist.

mansplaining is only limiting progress by both alienating a huge group of potential supporters by boxing them in with the sexist men and stereotyping all men as being mansplainers.

The word mansplaining inflames already controversial gender relations. Given that the goal of feminism is inclusion and equality for all genders, mansplaining is only limiting progress by both alienating a huge group of potential supporters by boxing them in with the sexist men and stereotyping all men as being mansplainers. It instantaneously shuts down any useful discussion from happening.

However, it’s important to recognize that coining a word like mansplaining is valid, even though it generalizes all men to mansplain. This is because the gendered power dynamic of men over women in most conversations occurs so often without being put to words. So, we can come up with a word – we just have to make sure it doesn’t become meaningless or meme-ified.

In reality, you can’t use just one word to sum up the experience many women have. If we had to come up with one word, it would be something like “pretentiously explaining a topic to someone who already knows about that topic on the assumption you know more than them based off an irrelevant characteristic i.e. gender or race”. Try saying that five times fast.

All jokes aside, we should be focusing on trying to solve the problem, not coming up with the most catchy and meme-able name for it. 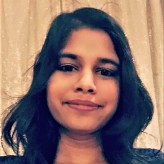 0 0 0 0 0
Previous ArticleThe Question Why: Is Our Education System Failing Us?
Next ArticleCultural Appropriation: What is It and Why is It a Problem
Comments (0)