America The Melting Pot: “No, Where are You Really From?”

“The nature of America being a “melting pot” or a “fruit salad” means that it is a country which people from around the globe flock to, bringing incredible cultural influences and contributions to the table.”

Despite America being a melting pot, the question“Where are you from?” still rings through the streets.

This volatile question is one that both captures the beauty and the sickness of what it means to live in America. This question can blossom from the idea that you will face people from vastly different origins, nationalities, and life experiences in your everyday encounters.

The nature of America being a “melting pot” or a “fruit salad” means that it is a country which people from around the globe flock to, bringing incredible cultural influences and contributions to the table. We each add to the variety of flavor that is America. This is a beautiful notion.

Too often the idea of America being a “melting pot” is snowballed into the stereotype that “If you are not white, then you must not be truly American.”

Unfortunately, this very same idea becomes an illness of us Americans when we refuse to adapt it to our changing world. In 1970 the minority population in America was measured to be about 16.7%. Now, this is not an incredible number percentage. However, it does reveal a truth that is often forgotten: white skin is not a prerequisite to being American. 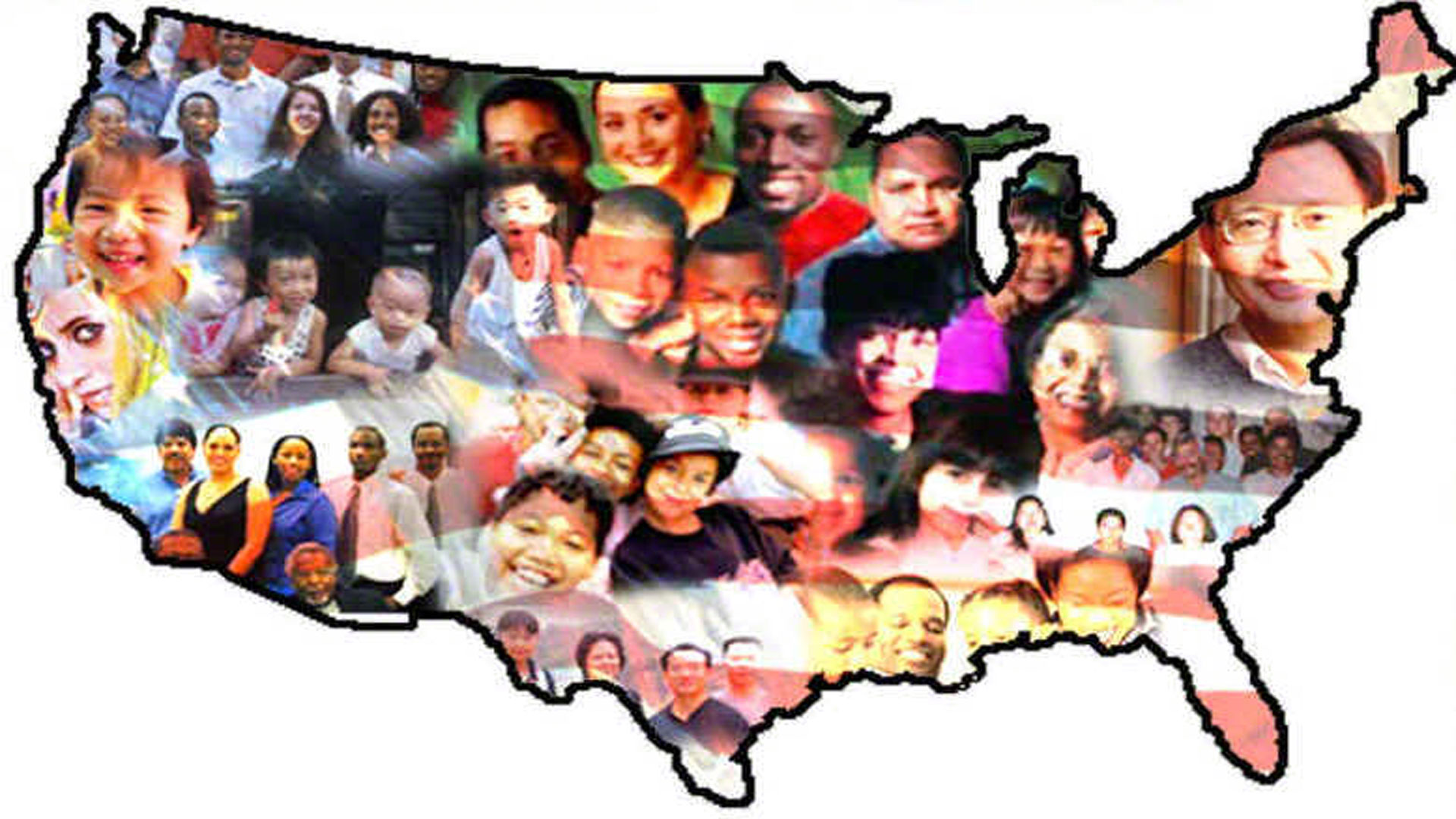 Too often the idea of America being a “melting pot” is snowballed into the stereotype that “If you are not white, then you must not be truly American.” As with many stereotypes, the ridiculousness of the statement is only compounded every time you think about it a little more.

What is bizarre is that this stereotype not only offends American-born minorities, it also ignores a population of 4.8 million European immigrants (statistics as of 2014), who serve as evidence to fact that you can be both white and immigrant.

READ: Can a Person Be Fully Muslim and Fully American at The Same Time?

As for America’s minority population, demographics show that minorities accounted for 36.3% of the American population in 2010. A considerable increase from 16.7%, this number is made even more impressive when you recognize that the U.S. population simultaneously grew by about 100 million.

Having addressed the issue of subconscious stereotyping it is important that we acknowledge an equally present proponent our question’s volatility. When you ask “where are you from?” you introduce the concept of identity. As a generation, this is something we obsess over, often for a good reason. It is important that someone understands who they are before they can understand their place in the world.

What is most important about identity, though, is the freedom with which individuals can define their own. There exists no standard for who can and cannot consider themselves American.

Some people have lived their entire lives in the US but feel a greater connection to the country of their parents. Some have parents who were also raised in the US, yet they too wish to claim a foreign nation. On the other hand, there are those who have only spent a matter of months in the states, but they believe themselves to be American, through and through.

Because America is indeed a place where you can meet people from different walks of life in everyday conversation. It is a place that boasts an ever-diversifying demographic. And that…that is beautiful.

Cultural Appropriation: What is It and Why is It a Problem

Reactance: When Protesting Can Do More Harm Than Good