Why Does Our Society Reward Idiots?

“Hopefully, this will make society realize that we tend to venerate people of poor character and fail to notice people who are actually valuable to the betterment of our society.” 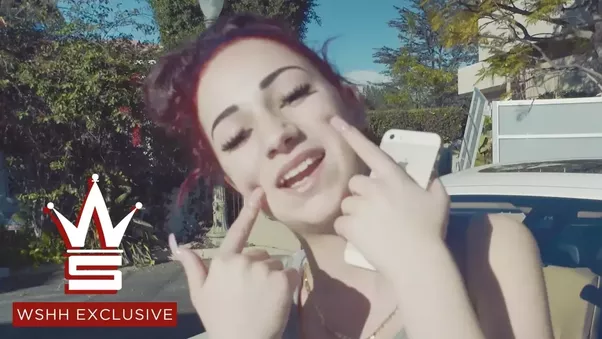 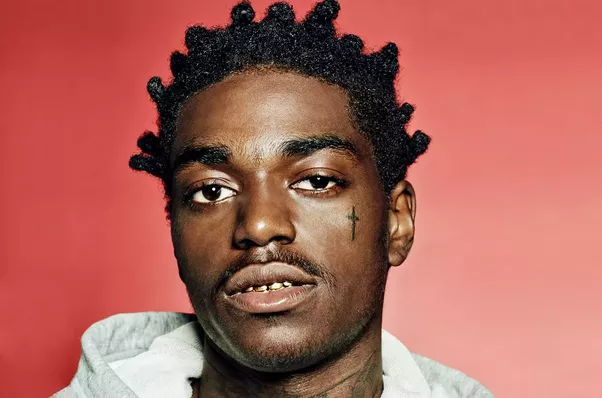 Nope. They are both teenagers (at the time Everything 1k was released). The girl is 14-year-old Danielle Bregoli, or the Cash, My Outside girl. The guy is 19-year-old, Kodak Black.

In Kodak Black’s music video for Everything 1k, Danielle is seen flashing wads of cash around and dancing on a luxury car. This is why I find it hard to respect a lot of music artists, for sexualizing young women like Bregoli.

Danielle Bregoli is a troubled girl, having a lengthy record of stealing, as well as having no respect for elders. She became famous for some nonsensical phrase which, in proper English, translates to: Catch me outside. How about that. Because of this and the fact that she is morally screwed up, other kids and teenagers will look at her as a role model and think this behavior is okay.

Meanwhile, here is a boy who is the same age as Danielle and already has multiple college degrees and attends two UC schools. 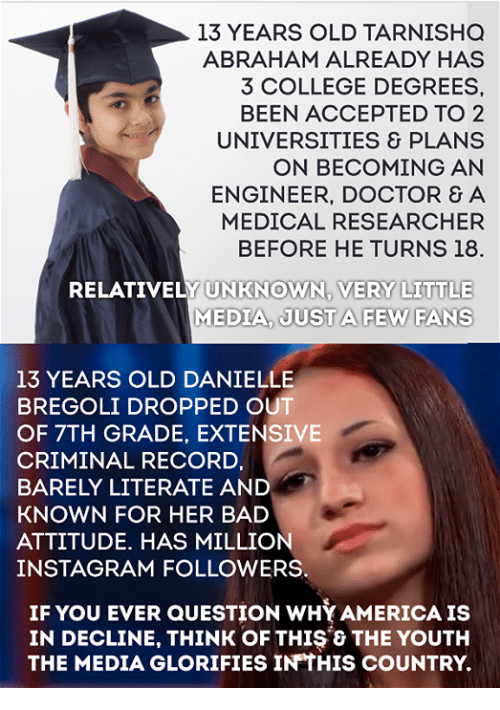 This picture is out of date as Danielle has an immense 11 million Instagram followers.

My bike helmet, which I still use today when going for a nice ride, is older than this girl. 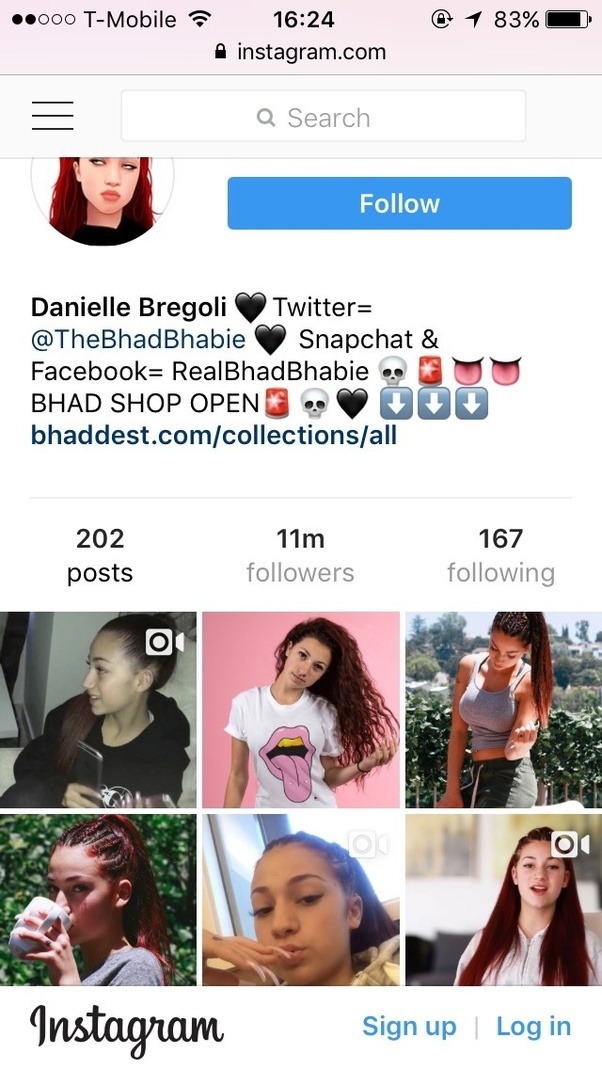 I first knew of Tanishq from this video:

THINKR is a Youtube channel that looks at some freakishly smart and talented youth. I’m surprised they only have a few subscribers, despite some of their material receiving multiple million views.

Here is another idiot below. Look familiar? 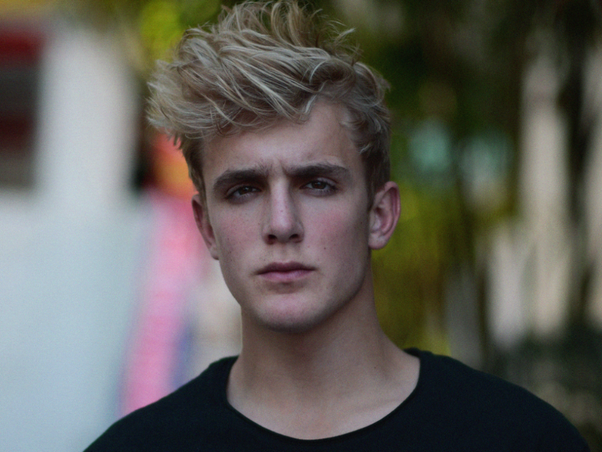 This is the younger of the Paul brothers who became a celebrity on Vine. Once Vine shut down, these kids transferred their fame to Youtube. Thus, this abomination of a music video and beat was made. Jake almost completely parasited off of his older brother Logan’s fame and has already surpassed him in Youtube subscribers and quickly catching up in Instagram followers.

When the fan tells he is from Kazakhstan, Jake and his group ask him if he is planning to blow things up.

After Jake rented a mansion with his group, aka Team 10, in the affluent hills of Los Angeles, the neighbors tell of the chaos that has followed. This video basically shows how he and his group have no respect for others. Jake also spends wads of cash going to Hawaii and Florida just to see his girlfriend, whom he calls wife, and makes videos dedicated to just that.

In other videos, he becomes a complete idiot with his Tesla driving over obstacles and scaring pedestrians by honking at them for no reason. What made me cringe the most was how Jake and his group behaved towards the news crew. Very professional people! (sarcasm)

Unlike Logan who treats his fan base with respect, Jake does quite the opposite. In one of his videos, a fan of his comes up and tries to greet himself. However, he has an accent, and Jake asks where he is from. When the fan tells he is from Kazakhstan, Jake and his group ask him if he is planning to blow things up. Really? A fan went out of his way to greet them with excitement, and this is what they say to him.

Hopefully, this will make society realize that we tend to venerate people of poor character and fail to notice people who are actually valuable to the betterment of our society.