“President Trump ordered the United States military to fire 59 TomaHawk missiles on an airfield in the town of Khan Sheikhoun in Idlib, Northern Syria, where the chemical attacks originated from this past week.”

President Trump ordered the United States military to fire 59 TomaHawk missiles on an airfield in the town of Khan Sheikhoun in Idlib, Northern Syria, where the chemical attacks originated from this past week. The attack resulted in nine deaths. 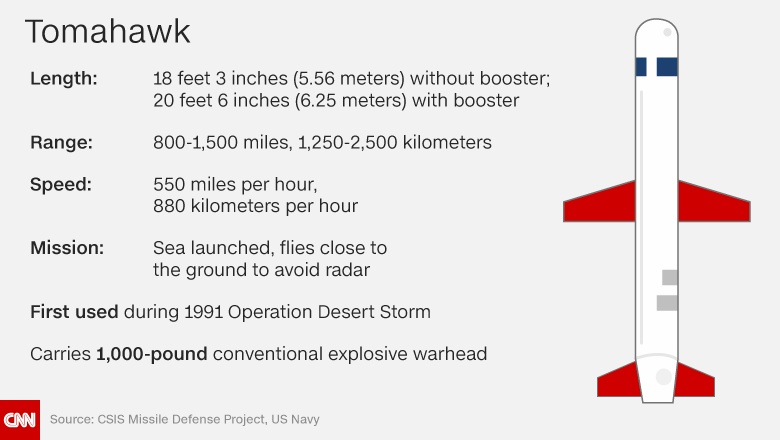 His decision was backed by Republicans who were opposed to former President Obama’s short fallen threats to carry out a strike against the Syrian regime in 2013 in response to chemical warfare.

“I support both the action and the objective,” said Senator Mitch McConnell of Kentucky. “In the days ahead, I am committed to working with the administration to continue developing a counter-ISIL strategy that hastens the defeat of ISIL and establishes objectives for dealing with the Assad regime in a manner that preserves the institutions of government in an effort to prevent a failed state.”

“Chemical weapons use does not represent a national security risk to the United States,” said McConnell at the time.

President Trump himself believed it would be a foolish decision to attack Syria after a chemical attack back in 2013. Claiming that if President Obama did follow through, that “very bad things will happen.”

AGAIN, TO OUR VERY FOOLISH LEADER, DO NOT ATTACK SYRIA – IF YOU DO MANY VERY BAD THINGS WILL HAPPEN & FROM THAT FIGHT THE U.S. GETS NOTHING!

Despite repeated uses of chemical weapons attacks carried out by the Assad Government on rebel-held regions, the United States refrained from getting involved or taking any action. In 2016, a U.N. report revealed that Assad used chlorine gas against civilians twice since the 2013 deal in violation of the Chemical Weapons Convention. Even still, the Obama administration continued to claim they had successfully disarmed Assad’s chemical weapons arsenal.

All this came ironically after Obama had established a “red line” threat against further chemical weapons attacks. But the golden rule of foreign policy is: never make a threat you’re not willing to follow up on.

“If my mom tells me she’s going to beat me if I take a cookie, and I take a cookie, but she doesn’t beat me,” said Imran Ahmed, a pre-law student, “then her threat isn’t going to deter me. My mom not following up on her threat will not only embolden me to take more cookies in the future, but will also embolden my siblings to take cookies as well.”

According to Ahmed, Obama’s inability to carry out his threat to the Assad government further emboldened Assad to continue conducting chemical weapons attacks on civilians. Not only that, but it weakened America’s credibility when it comes to their military protecting nations in need of defense.

The United States provides military aid to several countries, including Japan, South Korea, Germany, and other countries across Europe. This is to ensure that our alliance between these countries remains strong and that those countries refrain from advanced militarization.

Because these countries have a guarantee from the US for military protection, they have smaller armies that can’t reach the capacity of advancement that the US army has achieved.

This same agreement requires America to step in and protect those countries with our military support when needed. However, in the past, America has failed to follow through with their promise. This was apparent in December of last year, when China’s aircraft carrier was spotted in the Western Pacific, which Japan claims as its own area. Although it was the United States’ responsibility to step in for Japan, it didn’t, which prompted the Japanese government to build upon their own military capabilities for protection.

In order to be a reliable nation when it comes to military protection and aid, the US has to uphold its promises for stepping in when they need to.

For months, people have presented their discontent and protest for the condition of innocent Syrians, as well as their disapproval and anger towards “the world” for not standing up for them. Now that America has made a move, which in this time and moment was the best decision, according to Ahmed, “the world” suddenly asked America to take a step back.

“Syria isn’t going to solve itself, it’s not hocus pocus. We needed to finally take action and we finally did, what does everybody want?”

“I hate when people say ‘what will I tell my kids I did when the world’s greatest humanitarian crisis was happening,’ but when we actually take action to attack the Assad regime, everyone is anti-intervention,” said Ahmed. “Syria isn’t going to solve itself, it’s not hocus pocus. We needed to finally take action and we finally did, what does everybody want?”

However, many people have taken to social media to express their anger and discontent with President Trump’s decision to intervene in Syria. The International Action Center organized an emergency protest against US involvement in Syria in Union Square, NY on Friday. People believe that US military involvement will harm civilians more than it will help them.

“Protesters will reject this latest attack on a poor country coming on the heels of hundreds of civilian deaths at the hands of US airstrikes in Mosul, Yemen and Syria itself,” said the International Action Center.

“The hypocrisy of Washington, whose military possesses the world’s largest stockpile of chemical, nuclear, biological and conventional weapons, launching more and more airstrikes to stop the use of chemical weapons is staggering, and shows the true intent: regime change. Neither political party can be relied on to stand up to the U.S. war machine. It is clear that only the people, whom Trump has outraged with his anti-immigrant racism, anti-Muslim bigotry and base misogyny, are capable of opposing this war, as Trump embraces the foreign policy goals and war strategies of Hillary Clinton.”

But an essential question remains: how else should have the United States reacted? What is the ethical solution for Syria? Is opposing the US attack a moral hypocrisy of sorts?

Hossam Gamea, a student at Hunter College had mixed opinions about the attack. He says that many Syrians are okay with the attack because it was targeted towards Assad’s regime.

“I don’t consider these people to be “treacherous” whatsoever, it is akin to the relief or happiness Palestinians would feel if the U.S. suddenly bombed an Israeli airbase that just dropped white phosphorous bombs on them,” said Gamea, a resident of Brooklyn. “I think the reaction would be extreme but it’s utterly stupid to label it as being indicative of treachery or puppetry of the West.”

According to Gamea, the attack was an inconsequential one. He said that the US is still uplifting the Assad regime and “still has troops deployed in oppositional areas which everyone conveniently ignores.”

“I hope you all have learned a valuable lesson; Left, Right, whomever, y’all got done bamboozled by Trump.”

Gamea believes that we should never trust the US government or its military goals, “it will not do any good humanitarian or otherwise for the people it purports to protect.”

“The US is set to ensure that Assad remains in power,” said Gamea. “I hope you all have learned a valuable lesson; Left, Right, whomever, y’all got done bamboozled by Trump.”

Notably, the attack comes just 4 days before Secretary of State Rex Tillerson and Prime Minister Vladimir Putin are to meet. There is no doubt that Syria’s future is of top priority for discussion between the two countries. The meeting will come after months of boiling tensions over Syrian policy, with a context of the US airstrikes last night providing a tipping point for Russia, labeling the offensive as a violation of international law.

The US, however, stands by its actions, citing the dead children of the sarin gas attack, as legitimate reason to cross international boundaries, and launch an offensive.

Still, many believe that President Trump’s sudden move is a hypocritical one, noting that while the administration has conducted a thorough reaction to the chemical weapons attack, the very same administration is unwilling to open doors to refugees that pour out from the region. Moreover, a group of people find Trump’s decision to be quite conveniently coincidental to the scandals revolving around Russia helping Trump during his presidential campaign.

Over the next few days, it is important for us to keep an eye out on what comes next. Can Trump’s “change of heart” lead to other positive changes for the Syrians, or will this become America’s next Iraq war? 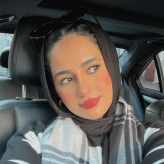 0 0 0 0 0
Previous ArticleThe Dark Age of Global Politics
Next ArticleUnder Construction: A Film That Defies The Patriarchy in Bangladeshi Society
Comments (0)